The Burning Thigh Pain (Meralgia Paresthetica) is a neurological disorder that affects the lateral cutaneous nerve of the thigh causing local paresthesias (burning, tingling, feeling of “dead skin” or “cardboard). This disorder can occur for different natural causes; l ‘ obesity, pregnancy, diabetes, too tight a trouser belt, etc. are just some of the possible reasons for neuropathy.

Meralgia paresthesica is characterized by an alteration of the sensory perception of the skin at the level of the thigh, without compromising the motor skills of the leg. In fact, the patient feels tingling, numbness, and burning thigh pain, but is able to move the affected lower limb without a problem. From these symptoms, the diagnosis is usually made.

The therapy of meralgia paresthesiica foresees, in almost all cases, conservative countermeasures; only in very rare exceptions is surgery necessary.

THE LATERAL CUTANEOUS NERVE OF THE THIGH

The lateral cutaneous nerve of the thigh (or femoral cutaneous nerve) is located in the femur, more precisely in the upper-outer area of ​​the leg. It is a sensory nerve, not a motor nerve; therefore, a neuropathy that involves it (such as meralgia paresthetic), alters only the sensations perceived at the level of the skin, while the motor skills of the leg are not compromised.

The femoral cutaneous nerve starts from the lumbar area of ​​the spinal cord (2nd and 3rd lumbar nerve) and, before reaching the thigh, crosses the hip (anteriorly) and the inguinal ligament (posteriorly).

The inguinal ligament is a strong fibrous bundle and the area in which it resides often coincides with the compression area of ​​the lateral cutaneous nerve.

Meralgia paresthesica has a rather low incidence in the general population: every year, about 4 out of 10,000 people suffer from it.

However, it should be noted that this data is inaccurate since the disease is often not diagnosed or is considered a consequence of other particular conditions, such as diabetes and obesity. In fact, meralgia paresthetic is particularly common among diabetics and overweight people.

It affects, without distinction, men and women of adulthood. The most frequent cases concern middle-aged people.

Cause Of Burning Thigh Pain

Meralgia paresthesica is due to compression, similar to a ” squeeze “, of the lateral cutaneous nerve of the thigh. Often, the cause of this pressure is the inguinal ligament (which is in front of it), when, in turn, it is subjected to another stress.

But for what reasons does this situation arise?

In many patients suffering from paresthetic meralgia, the triggering causes are difficult to identify. However, from the observation of many clinical cases, a clear link emerged with the following circumstances/conditions:

Overweight or obese people develop greater pressure on the lateral cutaneous nerve of the thigh so that the latter appears to be crushed.

One of the best-known complications of diabetes is the progressive deterioration of the peripheral nerves (cranial and spinal). This condition is also called diabetic neuropathy.

Seat belts, which pass over the inguinal ligament after a strong impact, can cause compression of the underlying femoral cutaneous nerve.

A relationship has been shown between meralgia paresthesiica and those who have a habit of wearing clothing that is very close to the waist or that tightens the waistband of their trousers. Such habits appear to develop excessive pressure on the femoral cutaneous nerve.

After inguinal hernia surgery, scar tissue can form and create pressure in the femoral skin nerve.

Neuromas, contrary to what one might think, are not tumors; rather, they are thickenings of fibrous tissue, which press on neighboring nerves.

Tumors of the Pelvic or Abdominal Organs

These are malignant tumors, which affect the organs of the urinary tract ( prostate, ureter, kidneys, etc.). Their appearance and expansion of the neoplastic mass can compress the nerves close to the affected area, such as the femoral skin.

These are circumstances that can stress the nerve endings and, in some cases, compress them.

Summary of the main symptoms of meralgia paresthetic

On the outer thigh area:

In the groin and buttocks:

The typical symptoms of meralgia paresthetic, resulting from the compression (or crushing) of the femoral cutaneous nerve, are tingling, numbness, and burning thigh pain. All three are felt in the outer part of the thigh, almost to the knee, and tend to become aggravated when the patient walks a lot or stands for long periods of time.

Moreover, always in the same area, one is curiously more sensitive to light stresses and less to strong and lasting pressures. To understand what has just been said, the classic example of hot shower water is given: when an individual with meralgia paresthesiica washes, he perceives a worsening of the pain and a worsening of the burning.

In some rare cases, it is possible that the painful sensation also appears at the inguinal ligament and, from there, extends to the buttocks.

Meralgia paresthesiica is almost always one-sided; only one case out of 5 has the disorder on both lower limbs.

The diagnosis of meralgia paresthetic is mainly based on medical history. In other words, the doctor determines what it is based on the patient’s description of the symptoms experienced. It becomes essential to know:

It is also very significant, during the diagnostic evaluation, to consider the state of health of the patient and the possible presence of one or more of the risk factors mentioned above. In other words, the fact that an individual is an overweight person, a pregnant woman, a diabetic, etc., is a further clue to support the diagnosis of meralgia paresthetic.

WHAT CIRCUMSTANCES ACCENTUATE OR REDUCE THE BURNING THING PAIN?

Likewise, there are some movements of the leg that increase pain and other movements that reduce it. These gestures have diagnostic significance, so much so that they can be considered real signs of the disease. What is it about?

The differential diagnosis is carried out to exclude the presence of any pathologies characterized by symptoms similar to meralgia paresthetic. It is based on instrumental tests, such as X-rays or electromyography, but also on much simpler tests.

For example, a very quick and fairly significant test is the assessment of the motor skills of the affected leg. If a patient manages to control the movements of his lower limbs, it means that the affected nerve is not motor, but sensitive, as is the cutaneous femoral one. Conversely, if the doctor finds that there is a motor inability, it means that the affected nerve is of a motor type and that, probably, it is not a matter of meralgia paresthesiica, but of another neurological pathology.

If doubts still remain and more serious neurological damage is suspected, instrumental diagnostics are carried out. However, this is a rare eventuality.

Below is a table with the possible exams and their characteristics:

The conservative treatment is the therapeutic approach adopted in most cases, as it is not particularly invasive and gives results almost always satisfactory. It consists of simple behavioral countermeasures and the taking of certain medications. Specifically, it is good:

If the painful symptomatology, despite these first treatments, persists for more than two months, it is necessary to resort to more effective painkilling and anti-inflammatory drugs, but, at the same time, also with more side effects.

Surgery is a very remote hypothesis, which is only considered if conservative treatments have not had an effect.

The operation consists of the surgical decompression of the lateral cutaneous nerve of the thigh.

Can Having two Periods In One Month Mean Im Pregnant

What are the causes that can lead to periods becoming more frequent? Often there is nothing to worry about, but it is just an organism’s response to small and large changes at every stage of life.

The prognosis of meralgia paresthesiica, if the right countermeasures are adopted and the doctor’s advice is followed, is more than good. Cases characterized by prolonged burning thigh pain that are difficult to relieve are rare. In these situations, the quality of life of patients suffers, particularly if they have to undergo surgery.

To reduce the risk of developing meralgia paresthetic, or its possible relapse, it is good to continue to follow the advice listed when talking about conservative treatments. Or:

How to prevent meralgia paresthetic: 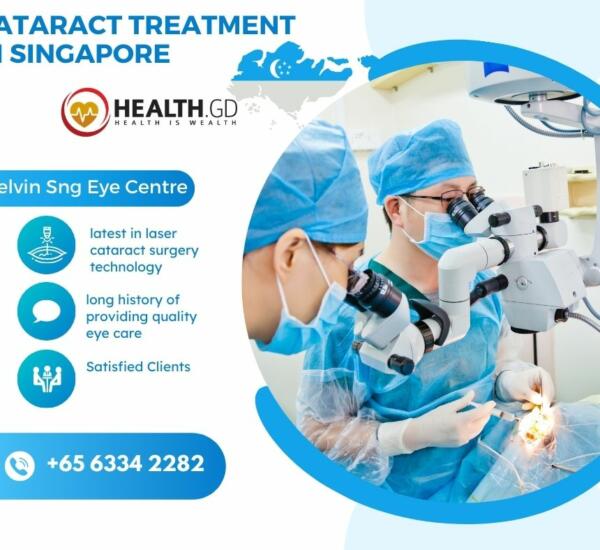 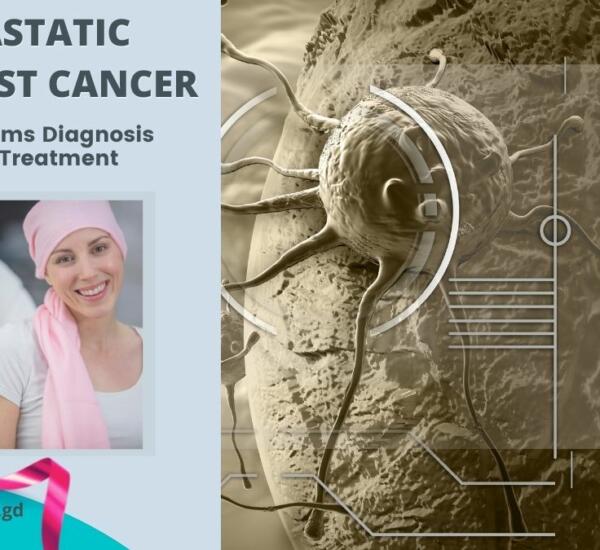 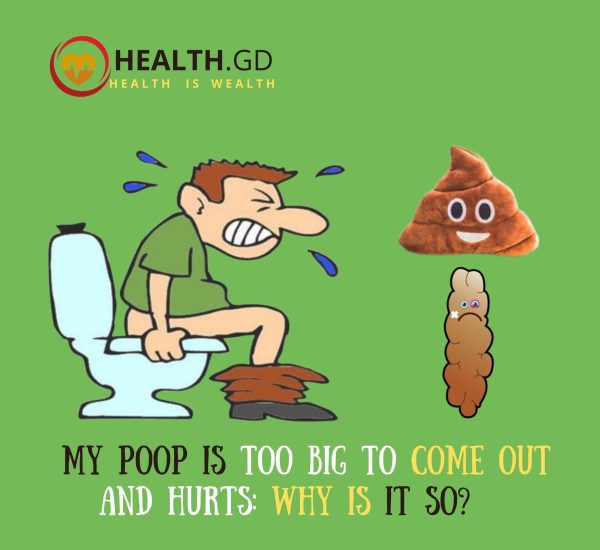